Estonia proposes to withdraw from the Anti-Personnel Mine Ban Convention

Russians Media About Ukraine
Reading 1 min Views 18 Published by October 23, 2022 Modified by October 23, 2022
HELSINKI, October 23 – RIA Novosti. A group of deputies of the Estonian parliament presented a bill proposing to withdraw from the convention on the ban on anti-personnel mines, which in their opinion weakens the defense capabilities of the republic, informed portal of state broadcasters ERR.
The former head of the Estonian Defense Forces, MP from the ruling Reform Party Ants Laaneots and 19 MPs from the opposition Conservative People’s Party of Estonia submitted to parliament a bill to terminate the Ottawa Convention, which prohibits the use, accumulation, production and transfer of anti-dumping measures. – personal mines and requires their destruction in the message.
The convention was signed on December 3, 1997 in a Canadian city Ottawa and entered into force on March 1, 1999, 163 countries acceded to the Ottawa Convention. Estonia acceded to the convention in March 2004. 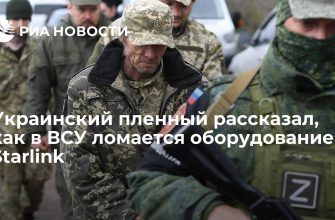