Skip to content
Главная страница » In Crimea, a car service facility refusing to help the Russian army will be demolished

In Crimea, a car service facility refusing to help the Russian army will be demolished

Russians Media About Ukraine
Reading 2 min Views 9 Published by June 19, 2022 Modified by June 19, 2022
SIMFEROPOL, June 19 – RIA Nowosti. A service station in the Krasnogvarde region in the Crimea, where Russian military car servicing was refused, was built illegally and will be demolished, the head of the Crimean parliament, Vladimir Konstantinov, told RIA Novosti.
Earlier, a video recorded by one of the military appeared on social networks, which showed that they were refused to repair the wheel, even for money, allegedly arguing that “the military is not helping”. The owner of the technical station, Vilen Seitosmanov in the village of Vidnoye in the Krasnoyardia region, later called the incident a misunderstanding, explaining that his service could not operate trucks. In turn, the head of the Crimean parliament Vladimir Konstantinov promised to deal with the situation, on the basis of which the service refused to vulcanize the tires on the car with the symbol “Z”.
“The case with the owner of the station, who refused to help our service technicians, is over. After checking, it turned out that the car service is an illegal building. Now, according to the decision of the administration, the Krasnogvardeisky village settlement, the owner is obliged to demolish it within 14 working days, otherwise the trial will start, ”said Konstantinov RIA Novosti. 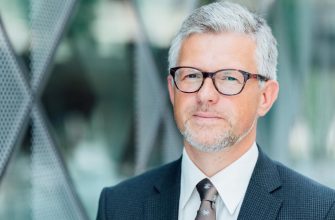 – Is your head alright? The Germans were enraged by the words of the Ukrainian ambassador about the Nazis
MOSCOW, June 30 – RIA Novosti. Twitter users
01