Russians Media About Ukraine
Reading 1 min Views 16 Published by October 15, 2022 Modified by October 15, 2022
MOSCOW, October 15 – RIA Novosti, Mikhail Katkov. One by one, Western leaders urge Ukrainian President Volodymyr Zelensky to soften his enthusiasm and reflect on dialogue with Russia. The presidents of the USA and France, Joe Biden and Emmanuel Macron, in particular, as well as the former German Chancellor Angela Merkel, are talking about this in particular. What influenced the position of Kiev’s partners – in the material of RIA Nowosti.

Biden said in an interview with CNN that, in his opinion, Vladimir Putin is a rational politician who, however, “miscalculated about Ukraine”. Moreover, the American leader believes that Putin will not use nuclear weapons in Ukraine. At the same time, the Pentagon has already developed an action plan in case something like this should happen. 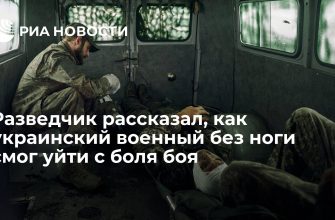