Skip to content
Главная страница » Ministry of Defense: Kyiv shooting at the nuclear power plant in Zaporizhia is considered an act of terrorism

Ministry of Defense: Kyiv shooting at the nuclear power plant in Zaporizhia is considered an act of terrorism 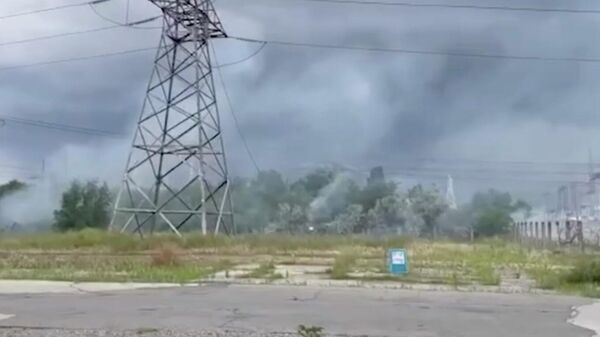 Russians Media About Ukraine
Reading 1 min Views 8 Published by August 6, 2022 Modified by August 6, 2022
MOSCOW, August 6 – RIA Novosti. The Russian Defense Ministry, in accordance with an international convention adopted by a resolution of the UN General Assembly, considers the shelling of the Zaporozhye nuclear power plant by Kyiv as an act of nuclear terrorism, said Colonel General Mikhail Mizintsev, head of the National Defense Control Center of the Russian Federation.
He recalled that on August 5, Ukrainian nationalists launched artillery shelling on the territory Zaporizhia nuclear power plantdamaging two high-voltage power lines and a water pipe. Over 10,000 inhabitants Zaporizhia region left without light and water. Thanks to the competent and effective actions of the Armed Forces units Russia in order to cover the nuclear power plant, the critical infrastructure of the nuclear power plant has not been damaged.
19:04Special military operation in Ukraine