Nebenzya showed evidence of the staging of the story in Bucha

Russians Media About Ukraine
Reading 2 min Views 16 Published by April 5, 2022 Modified by April 5, 2022
UN, April 5 – RIA Nowosti. Russia’s Permanent Representative to the United Nations, Vasily Nebenzya, showed journalists the evidence of the staged nature of the story in Bucza, including a video with the mayor of the city, in which he does not say a word about the alleged “killed” people.
Earlier, the Ukrainian authorities and media distributed a film allegedly shot in the city of Bucha. Kiev regionwhere the bodies of the dead lie on the road. Many internet users questioned the credibility of the allegations. Kyiv down Moscow, noting that there is no blood near the bodies on the ground and that some of the killed have white armbands on their sleeves and may have been killed by Ukrainian security forces or territorial defenses. In addition, users have noticed that the “dead” are moving their arms, and looking in the rearview mirror of the operator’s car, it seems that one of the “dead” is changing position as soon as the car passes by.
“On March 30, the Minister of Defense of the Russian Federation announced the withdrawal of Russian armed forces from a number of regions, including Bucza. This fact was confirmed the next day by the mayor of Bucza. In his video from March 31, Anatoly Fedoruk described the withdrawal of Russian troops as a victory for the Ukrainian army. It is interesting that he did not mention any mass crimes, dead bodies, murders, etc. It is hard to imagine that the mayor of the city forgot to mention such a devastating scenario – said Nebenzya. 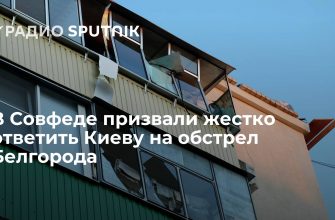