Skip to content
Главная страница » Patrushev: the Kiev regime’s terror has spread beyond the country’s borders

Patrushev: the Kiev regime’s terror has spread beyond the country’s borders 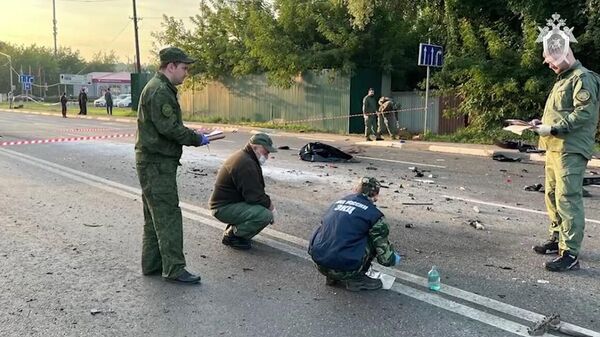 Russians Media About Ukraine
Reading 1 min Views 19 Published by August 24, 2022 Modified by August 24, 2022
MOSCOW, August 24 – RIA Novosti. The death of the journalist Daria Dugina showed that the long-lasting terror of the bandit regime of Kiev is now trying to go beyond Ukraine, said Nikolai Patrushev, secretary of the Security Council of the Russian Federation.
“As Daria Dugina’s death shows, the gangster regime in Kiev, after years of terror against millions of inhabitants of Ukraine and Donbas, is now trying to go beyond the borders of Ukraine,” Patrushev told the Russian media.
Dugina died in the evening of August 20 in a car explosion on the Mozhaisk highway in the Odintsovo district of the Moscow Region. The Federal Security Service of Russia informed that the Ukrainian secret services were responsible for the murder, the perpetrator was a citizen. ” Ukraine Natalya Vovk, who came to Russia with her daughter on July 23. According to the FSB, after a controlled car explosion, the perpetrator of the murder, along with his daughter, left behind Estonia by the Pskov region.