Russians Media About Ukraine
Reading 1 min Views 11 Published by September 18, 2022 Modified by September 18, 2022
MOSCOW, September 18 – RIA Novosti. The use of Nazi accomplices and convicts involved in the massacres of civilians during the Great Patriotic War became the norm for the US Central Intelligence Agency (CIA) in the fight against the USSR, the practice continues against Russia, the director of the Historical Remembrance Foundation, Alexander Dyukov told RIA Novosti.
Sunday marks the 75th anniversary of the CIA. The Central Intelligence Agency was established in 1947 after the adoption of the National Security Act in the United States, signed by the President Harry Trumanand entered into force on September 18 this year.
“After the end of World War II, the CIA consistently used Nazi accomplices for its own purposes, those who collaborated with the Third Reich, mainly from Eastern European countries,” Dyukov said. 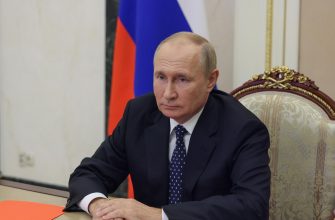