Russians Media About Ukraine
Reading 1 min Views 10 Published by September 12, 2022 Modified by September 12, 2022
GENEVA, September 12 – RIA Novosti. UN Deputy High Commissioner for Human Rights Nada Al-Nashif expressed concern over the decision of some European countries to restart fossil fuel production to overcome the energy crisis, she said on Monday in an update to the High Commissioner.
“Some European countries have resumed fossil fuel production to deal with the energy crisis. If this policy can be understood, it should not last long as it pollutes the environment. Europe should switch to clean energy and not be obsessed with fossil fuels, ”said Al-Nashif.
New Prime Minister Great Britain Liz Truss previously announced that he would lift the ban on gas extraction in the country through hydraulic fracturing, which has been criticized by environmentalists. She also spoke of her intention to promote gas production through fracking, including in North Sea. 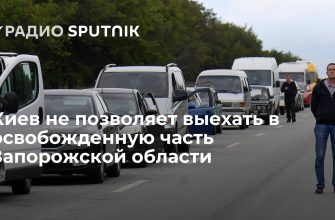