Russians Media About Ukraine
Reading 1 min Views 13 Published by July 14, 2022 Modified by July 14, 2022
DONETSK, July 13 – RIA news. The Ukrainian troops launched three 155-millimeter NATO missiles at the Kirov region in Donetsk at 23.33, reported on the Telegram channel of the DPR representative in the JCCC.
“Fire was fixed from the VFU side in the direction of: 23:33 – Pervomayskoye settlement – city Donetsk (Kirov district): three 155-millimeter rounds were fired, ”the publication reads.
The artillery caliber of 155 millimeters is used by countries FOR THIS. In particular, these are long-range howitzers M-777, which USA recently delivered to Kiev. Ukrainian troops have already used them to fire at cities, including Donetskwhich caused the death of civilians. Moreover, for such a caliber in Ukraine they developed and produced a single Bogdan wheeled artillery bed. 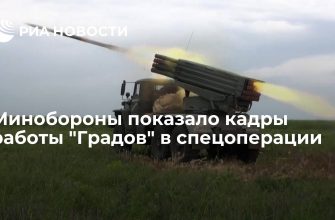